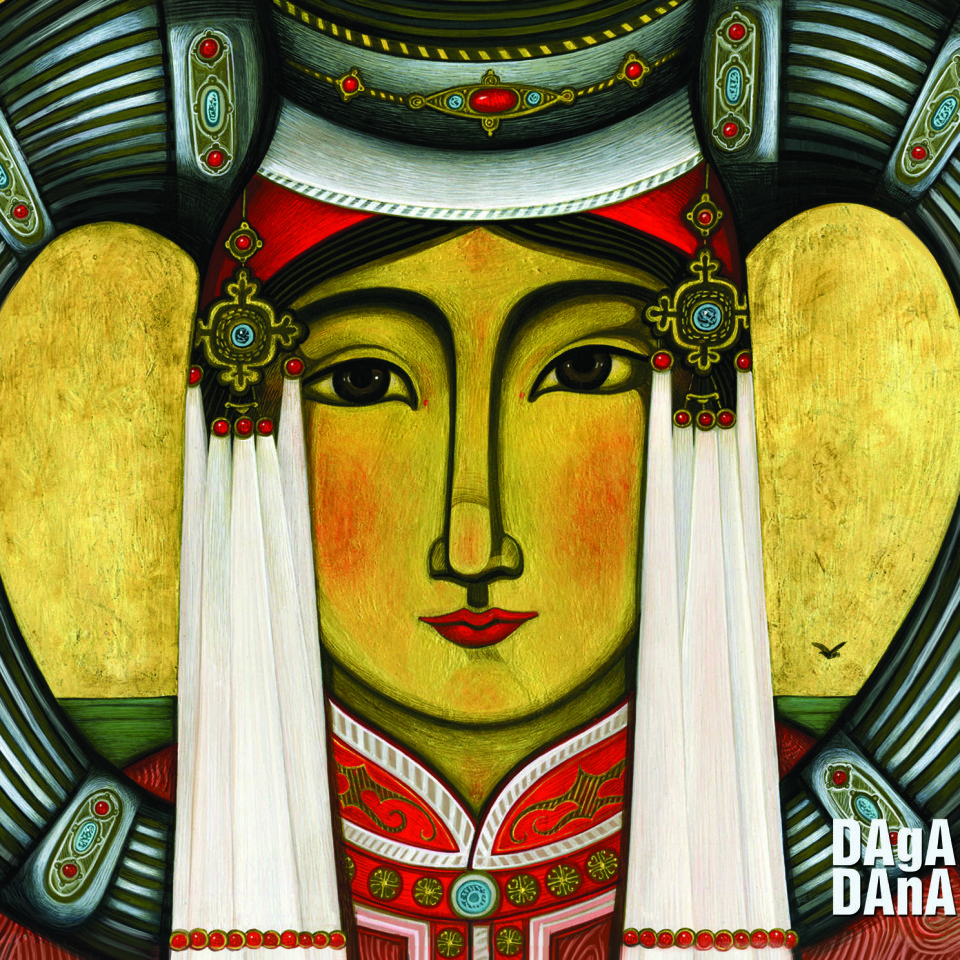 DAGADANA, for eight years now,  have triumphantly merged elements of Ukrainian and Polish culture through jazz, electronic and world music. This time the band have embraced what tends to be overlooked today. Their record collects traditional songs from many regions of Poland (including Kurpie and Wielkopolska), as well as Ukrainian and Lemko folk music. And there’s an exceptional piece recorded in Chinese in collaboration with a band they met in Beijing – North Lab.

At the heart of the new album are folk songs from Poland and Ukraine. DAGADANA found their inspiration in many sources: amongst their families and friends, at ethnic music workshops, as well as on their friends’ and families’ bookshelves.

The Eastern influence is the result of an encounter with extraordinary musicians – Hassibagen from Mongolia and Aiys Song from China – during DAGADANA’s visit to Beijing. As Dana Vynnytska says, “We first got to China while Ukraine and Poland were preparing for UEFA 2012. We spent a week there, and when it was time to go back home, I felt the same overwhelming sadness as if I were leaving Ukraine. It was a total surprise because after all it’s such a remote culture, unknown to us, and yet it draws you in, it’s intriguing and new”. Everyone in the band was deeply impressed by the first meeting with the musicians over there. “Even though we didn’t know each others’ languages,” Dana remembers, “we communicated easily through music.”

This Chinese adventure is referred to in the record’s title: Meridian 68 “The 68th Meridian is exactly midway between Czestochowa and Beijing, the places where we recorded the songs. It runs through many fascinating countries. I wonder if we’ll get to play in some of them one day?”, muses Dagmara Gregorowicz.

The album’s artwork is amazing too and refers to the band’s journey. Both on the cover and inside there are beautiful illustrations by the Ukrainian icon artist Olya Kravchenko.

Dagmara stresses, “It was a mad vision creating this record. I’m thrilled that we managed to realise another musical dream. Now the time’s come to meet our audience, and go on a sound journey together.”